Jenny McCarthy is reportedly going to join 'The View' on a full-time basis, swapping her talk show for a seat on the discussion series. 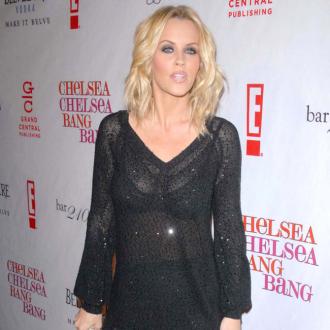 Jenny McCarthy is set to join 'The View' as a permanent presenter.

The bubbly blonde has frequently appeared on the daytime talk show and has impressed producers so much they now want her to take over as Joy Behar's permanent replacement when she leaves in August.

A source told Us Weekly magazine: ''She is in talks right now. The cast and crew get a kick out of Jenny, she's a good fit.''

While Jenny was initially thought to be unable to take on the job full time due to her commitments to 'The Jenny McCarthy Show' on VH1, its low ratings mean she will likely be happy to make the move.

The insider added: ''Her show isn't quite working out so she's open to it.''

Jenny has already been confirmed to be appearing as a guest host after Joy's contract on the ABC series runs out in August.

Speaking previously about her part-time role, the former Playboy model said: ''I will be helping them while they're looking ... but maybe sometime in the future I'll be there.''

Other regulars on 'The View' include Barbara Walters, Whoopi Goldberg and Elizabeth Hasselbeck.