Jenny McCarthy has learned to be more honest about expressing her opinions in her relationships and feels happier than ever. 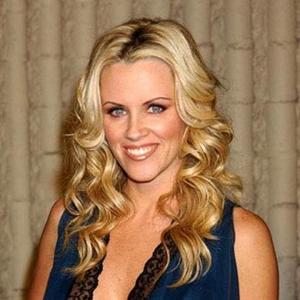 The former Playboy model - who split from the actor earlier this year - realised while researching her new book 'Love, Lust & Faking It: The Naked Truth About Sex, Lies and True Romance' she often failed to consider her own feelings and opinions because she was so keen to please her partner.

She said: "I got the book deal the same time Jim and I split after five years together.

"While researching and writing it, I looked inside of myself and began to see what was wrong with me instead of blaming him for everything.

"I was a girl who pretended. I would say I liked things when I didn't. I knew if I wanted to grow, I needed to make myself happy before I could begin to have an equal relationship with another man."

The 37-year-old blonde is now dating Jason Toohey and thinks her relationship is much stronger because of her willingness to be open with the Las Vegas pirate performer.

She told People magazine: "With Jason, I went in with all of my chips laid out. He respected that and saw the life In Me. And, so far, it is working well.

"I have been so open and truthful in this relationship - it is amazing.

"If he wants Chinese food and I don't, I say it. If he wants to go out and I want to stay in and watch 'Dancing With The Stars', I tell him so. Sometimes we both want to play poker and we have a blast at home.

"Our relationship is stronger because of the honesty."

Jenny - who has eight-year-old son Evan from a previous relationship - has also pledged to stay with Jason for only as long as he makes her happy.

She said: "I am so pleased with everything in my career and personal life right now. I am staying with Jason because I am happy. If that should change, I will simply leave. I trust my own happiness - and I will follow my own emotional guide."