The 41 year-old former model couldn't help but gush about her hubby's penis.

Jenny McCarthy is known to not be shy about expressing her opinion, but her most recent revelation just may have been too much information, unless you would be interested in her and husband Donnie Wahlberg's sex life.

On Wednesday (Oct 22nd), the former View co-host appeared on Watch What Happens Live, and opened up to host Andy Cohen how "sex changed" since the pair tied the knot, and had only kind words for her hubby's penis.

"Without a doubt, it gets better every single time I make love to him," McCarthy told Cohen when asking a question about sex after marriage. "First of all, he has the most beautiful penis I've ever seen in my life. But you know what it is, he knows how to [use it]."

And when fellow guest Tom Bergeron questioned why Wahlberg's privates are "the most beautiful," she answered, "Sometimes they're deformed-looking, and sometimes they're a different colour than you're used to, some are, like, purple, some are pink."

"The size is perfect. I can't get too descriptive," McCarthy continued to gush. "But, you know what I mean! It fits my vagina perfectly and hits the spots right. But the thing about it is...he makes love to a woman." 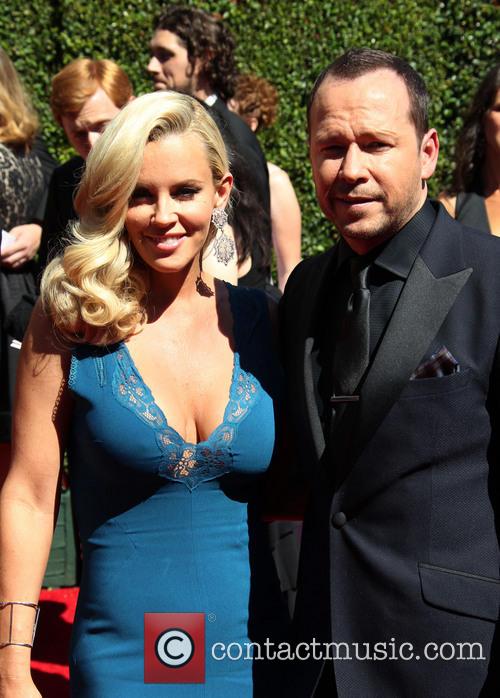 "Not any woman!" Wahlberg shouted from the audience. "Just you!"

The happy couple, who met on the set of 'Watch What Happens Live,' married in August 2014 in St. Charles, Illinois. "I thought he was married on Watch What Happens Live," McCarthy said. "Then he went on my show and I was like, 'He's single? I want to sit on his face.' That's what I told him. And then I gave him my phone number.and he didn't call for two weeks. And then we went out and I knew from date one I was going to marry him."