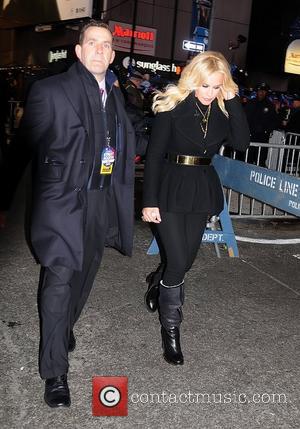 Jenny McCarthy’s new show promises to be a sexy affair. When McCarthy was deciding how to bring a sexy twist to The Jenny McCarthy Show, she looked to the King of Sex for inspiration: none other than Hugh Hefner, the sexiest pensioner around.

“What is missing in late night – to me – is a bit of sexiness, Jenny told reporters at the Television Critics Association Winter 2013 Press Tour on Saturday (January 5, 2013). According to Yahoo News, Jenny went on to say “not that Jay Leno is not sexy but I feel like the template that I talked about is ‘Playboy After Dark.’ And what I love that Hugh Hefner did was kind of have this… sexy, after hours party, but also have really great conversations with his guests.” McCarthy made it her goal to attain such levels of intellectual sexiness and lucky for her, got to practice on none other than Silver Linings Playbook star Bradley Cooper, with a special lie-down interview.

"I wanted to kind of put my own stamp on how I do celebrity interviews, so I've been doing a segment right now called 'Groundbreaking Interviews,' where I take the celebrity and we literally lay on the ground and we look up and we have the camera overhead and I interview them in a casual conversation… I've found by doing this, which I've tested -- Bradley Cooper -- it works quite well. There's something that [happens where] the celebrity kind of lets go and has a little bit more of a conversational tone. It's not so scripted.” There you go, Letterman, that’s where you’ve been going wrong all these years. Get outta the chair and onto the floor!