Jenny McCarthy has signed up for online dating as she is struggling to find love. 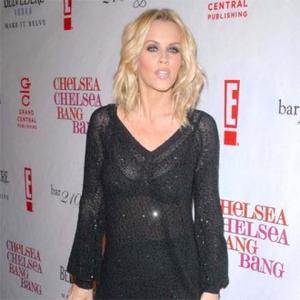 Jenny McCarthy has signed up for online dating.

The former Playboy model has been struggling to find love since ending her two-month romance with sports agent Paul Krepelka in February so has now got a profile on website Match.com.

Jenny - who saw the breakdown of her five-year relationship with Jim Carrey last year - wants a "man's man", which is proving difficulty.

The blonde beauty - who has a nine-year-old son, Evan, from her relationship with John Mallory Asher - told 'Access Hollywood': "It's tough to find a man's man. I'm from Chicago. I'm from the South Side, where guys eat meat and potatoes. They don't know what a vegetarian means. They're a guy through and through. Out here, they want to borrow my makeup and concealer. I want to bring a little bit of importing into my life hopefully, and look for guys outside of LA.

"I don't care if they have a big nose. I don't care if they're bald. Just really sweet and who's a perfect reflection of who I am now," she explained. "They have to have a job. I'd like them to at least be able to buy dinners and stuff like that. That is important."