Jenny McCarthy would break her current now men ban if Bradley Cooper asked her out on a date. 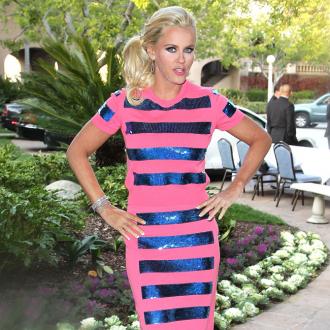 The TV talk show host - who has not had a serious relationship since splitting from Jim Carrey in April 2010 - has sworn off men for now but admitted if the former People's Sexiest Man Alive winner asked her out she would change her mind.

The 40-year-old blonde beauty said: ''I'm enjoying being single. I've been waiting my whole life for my own talk show so now I have to make sure I have enough time with Evan [her 10 year old son] too. Love is low on the totem pole.

Jenny - who was married to Evan's dad John Asher for six years and dated Jim for five years - believes her current single status and less frequent relationships in recent years have happened because she is fussier when it comes to relationships.

The 'Jenny McCarthy Show' host told In Touch Weekly magazine: ''I think it's because I keep raising the bar. And I won't commit unless someone meets me at my level. But also my priorities have changed. I'm working so much now, and I'm a single mom so if I'm sacrificing time I could be spending with Evan, the guy has to be worth it.''