The former 'The View' co-host also revealed her 12 year-old son, Evan, loves having Wahlberg as a stepfather.

It is clear that Jenny McCarthy is head over heels in love with new husband Donnie Wahlberg, and since they only tied the knot in August 2014 in St. Charles, Illinois, the happy couple must be still in their honeymoon phase. McCarthy and Wahlberg tied the knot in August 2014

More: Jenny McCarthy Couldn’t Be Her "Full Self" On 'The View'

"Every night when we go to bed and I climb in bed and I see him laying there, I go, 'The feeling I get crawling in bed with you every night is like when I was little and my mom used to say your best friend can sleep over tonight,'" McCarthy told the magazine. "He definitely brings out the best in me, and I think I do the same for him."

"He's on his back and my head is on his chest, and his arm is around me," McCarthy said. "I say, 'I love you,' he says, 'I love you, too,' and we kiss and we fall asleep in that position. And I want to say more times than not, we wake up in that same position."

"I'd say about 75 percent of the time," Wahlberg added. 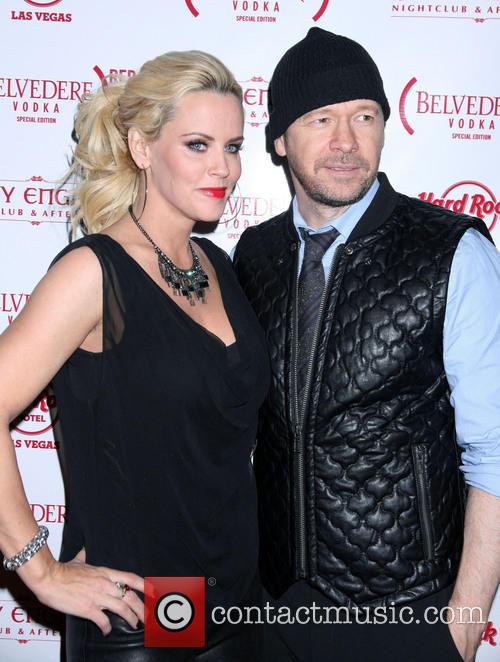 McCarthy describes Wahlberg as "the best husband out there"

As well as McCarthy being thrilled that the New Kids On The Block singer is part of her family, so is her 12 year-old son Evan.

"I had a conversation with Evan, saying, 'How's it going with Donnie as your stepdad?' And he said, 'You know, I finally feel safe,'" she added. "And to me as a single mom, it felt like I did my job - not only really holding out to find the best stepdad for him, but also for me, the best husband out there."