Jenny McCarthy sets the record straight after reports surfaced claiming she admitted her son does not have autism, stating that they "are blatantly inaccurate and completely ridiculous."

Jenny McCarthy has slammed reports that claimed she admitted her son doesn't have autism.

'The View' host took to twitter to fight back against these false accusations and stated that she is taking "every legal measure necessary."

The model, whose 11 year-old son was diagnosed with autism in 2005, posted, "Stories circulating online, claiming that I said my son Evan may not have autism after all, are blatantly inaccurate and completely ridiculous."

The tweet from Jan 3rd (Friday) continued, "Evan was diagnosed with autism by the Autism Evaluation Clinic at the UCLA Neuropsychiatric Hospital and was confirmed by the State of California (through their Regional Center)."

"The implication that I have changed my position, that my child was not initially diagnosed with autism (and instead may suffer from Landau-Kleffner Syndrome), is both irresponsible and inaccurate. These stories cite a "new" Time Magazine interview with me, which was actually published in 2010 that never contained any such statements by me."

And finally concluding with, "Continued misrepresentations, such as these, only serve to open wounds of the many families who are courageously dealing with this disorder. Please know that I am taking every legal measure necessary to set this straight."

The former Playboy Playmate of the Year has publically spoken about her child's condition over the years and is an avid supporter of autism awareness.

Over the years she has also written three books on the condition, starting with 'Louder than Words: A Mother's Journey in Healing Autism Plume' (2007), 'Mother Warriors: A Nation of Parents Healing Autism Against All Odds' (2008), 'Healing and Preventing Autism Co-written with Dr. Jerry Kartzinel' (2009). 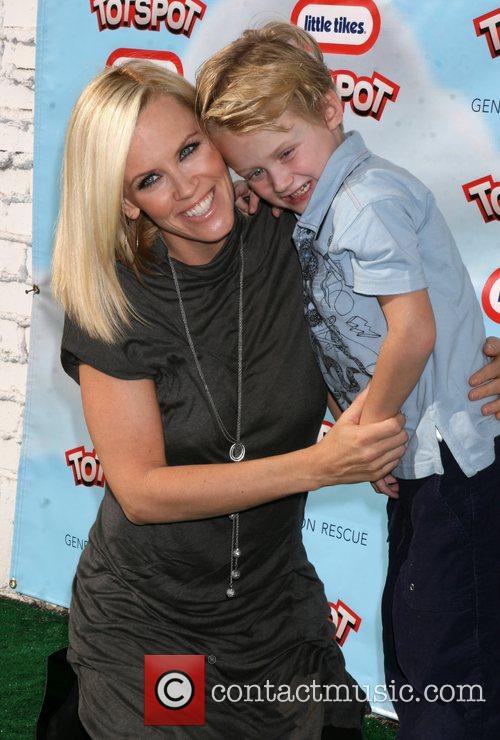 McCarthy and her son Evan