Jenny McCarthy shared a little too much whilst appearing on 'Watch What Happens Live'. Here are five moments where she went a step too far.

Jenny McCarthy is not known for her subtlety but she went a step too far whilst appearing on Watch What Happens Live on Wednesday (22nd October). McCarthy told host Andy Cohen and a few million viewers graphic details about her sex life including Wahlberg's abilities in the bedroom and all about his "beautiful penis".

Jenny McCarthy has shared information about her sex life

More: Jenny McCarthy Opens Up About Sex Life With Donnie Wahlberg...And His Penis

41-year-old Jenny McCarthy married Donnie Wahlberg in August after just over a year of dating. The couple met after appearing together on Watch What Happens Live last year, although McCarthy initially thought he was married.

Wednesday's appearance was a reunion of sorts as Wahlberg was in the audience to listen to his wife regaling the host Andy Cohen, the audience and millions of views with tales of their sex life. McCarthy, a former Playboy model turned television personality, described Wahlberg as possessing "the most beautiful penis" and claimed their sex had changed since they married.

So, in case you can't bear to watch the travesty of an appearance, here are 5 things you probably never wanted to know about McCarthy and Wahlberg's sex life: 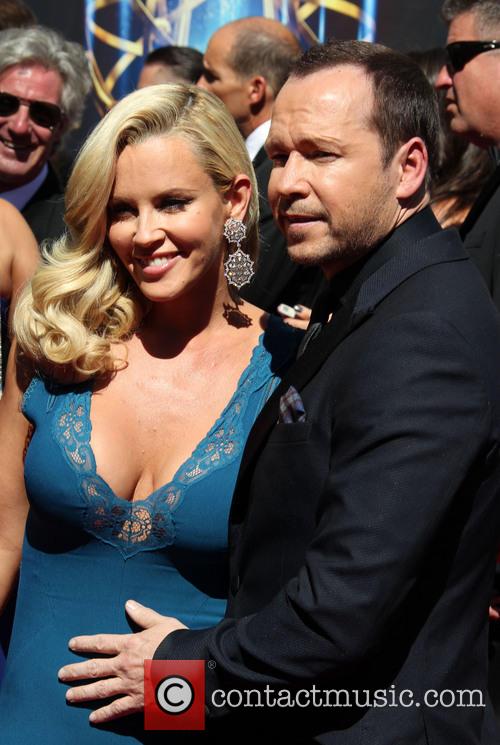 1. Wahlberg is allegedly a brilliant lover. McCarthy said "Without a doubt, it gets better every single time I make love to him. First of all, he has the most beautiful penis I've ever seen in my life. But you know what it is, he knows how to [use it]."

2. She further went on to gush about Wahlberg's "beautiful penis", stating "It fits my vagina perfectly and hits the spots right. But the thing about it is, he makes love to a woman."

3. Apparently when the two met last year on Watch What Happens Live, McCarthy was fairly direct in her approach and seemingly told him she wanted to "sit on his face." McCarthy said "He went on my show and I was like, 'He's single? I want to sit on his face.' That's what I told him. And then I gave him my phone number and he didn't call for two weeks. And then we went out and I knew from date one I was going to marry him."

4. McCarthy can't quite remember how long she waited before she had sex with Wahlberg when they were dating but feels as though it could range from two hours to two weeks.  "I know there was a two in it, so I don't know if it was two days, two weeks or two months. Remember, it took two weeks for him to call me," McCarthy said, as E! reports.

5. McCarthy has evidently had some interesting encounters with other men and described a few of the penises, pre-Wahlberg's 'beauty' she had encountered. She gushed "Sometimes they're deformed-looking and sometimes they're a different colour that you're not used to. Some are, like, purple. Some are pink."