Former 'The View' star Jenny McCarthy has revealed she will be debuting her own live radio programme - entitled 'Dirty, Sexy Funny with Jenny McCarthy' - after being fired from the chat show. 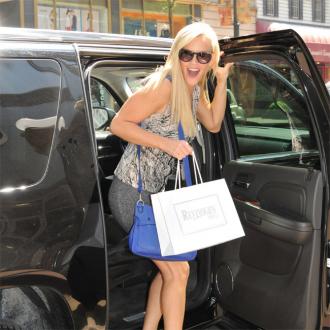 Jenny McCarthy has revealed her own live radio show will debut this week.

The blonde beauty - who was recently fired from 'The View' - has announced details for her next project, and 'Dirty, Sexy, Funny with Jenny McCarthy' will hit the air on Wednesday (16.07.14).

She made the announcement on 'The Howard Stern Show' today (14.07.14), and revealed they will be sharing a home on SiriusXM.

Chelsea Handler, Perez Hilton and her fiancé Donnie Wahlberg are already set to be guests, and in a statement Jenny insisted she wouldn't be holding back.

She said: ''It's no secret that I love to talk. I'm excited to do it on SiriusXM without having to interrupt anyone or keep things clean.

''You can bet your sweet ass this show will live up to its title.''

It seems like it will be very different to her appearances as a panelist on 'The View', particularly following reports she was axed for being ''too safe''.

A source recently claimed: ''It's not a shock that Jenny was let go.

''[She] restrained herself and didn't say what she really thought ... She played it too safe.''