The newlyweds will star in a ten-episode reality show, titled 'Donnie Loves Jenny,' which will première with their wedding day.

Newlyweds Jenny McCarthy and Donnie Wahlberg will be bringing their love to a television screen in the form of a new reality show that will follow their post-marriage lives, A&E Network announced Tuesday, Nov. 11. 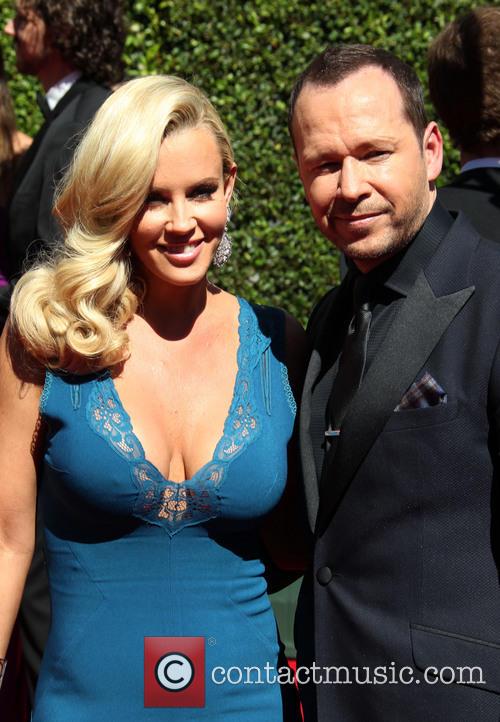 The forthcoming series, titled 'Donnie Loves Jenny,' will run 10 episodes in its first season, and the premiere is scheduled to be a one-hour special that will broadcast their wedding, which took place in August at the ballroom of the Hotel Baker in St. Charles, Illinois.

The other nine episodes of the show, debuting in early 2015, are expected to be half an hour long. Wahlberg and McCarthy will serve as executive producers.

More: Jenny McCarthy Gushes About "The Best Husband Out There" Donnie Wahlberg

The happy couple discussed their new joint venture in a statement released Tuesday, which read: "Not only have we found a new home together, we have found the perfect place for our exciting new projects to live with A&E Network."

"We're so excited about this deal and look forward to a long and successful relationship creating entertaining and provocative unscripted programming with our partners at A&E," they added. "Our feeling is, who better to make our first show for the network about than about us? We love working together and with our crazy schedules this gives us the chance to both work and play together."

Although no other information was revealed, judging by the way McCarthy has recently being willing opened up about their private life, viewers will not know what to expect!

Late last month, the former 'The View' co-host was more than willing to describe Wahlberg's penis when asked about their sex life. "The size is perfect. I can't get too descriptive," she said. "But, you know what I mean! It fits my vagina perfectly and hits the spots right. But the thing about it is...he makes love to a woman."