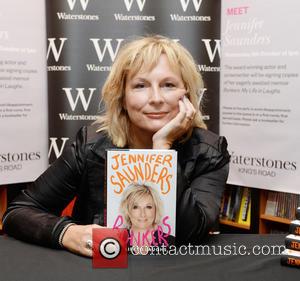 British comedienne and writer Jennifer Saunders has accused "nasty journalists" of killing her Spice Girls musical Viva Forever, insisting "people always want to get a knife into the band".

The Absolutely Fabulous star still thinks the cancelled stage show was a lot of fun and has no regrets about its seven-month run at the Piccadilly Theatre in London.

But she thinks certain members of the media were determined to rip into the production.

She tells the Bbc, "I felt there was a certain group of journalists who... were told by their editors to be nasty about it."

Saunders also thinks the world economic crisis was the blame for the show's failure, adding, "It came right at the recession time and I just thought it was unlucky in a way."

The musical, which featured the hits of the Spice Girls, opened in December at the end of 2012 and closed this summer (13), but Saunders refuses to think of the project as a failure: "I had a great time. I enjoyed seeing the Spice Girls together again... There was such a great energy between them.