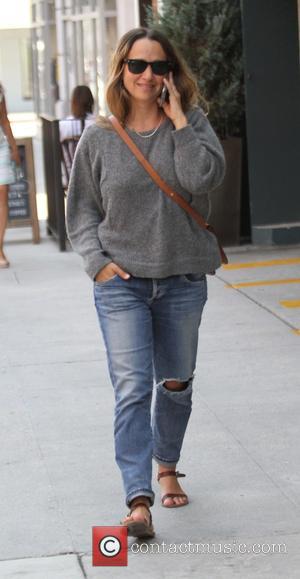 Meyer, who has been married to Maguire since 2007, took to Twitter.com to share a picture of Aniston wearing her wedding ring and wrote, "Congratulations to my beautiful friend, Jennifer Aniston on becoming Mrs. Theroux. Designing Jen & Justin's wedding rings was such an honor."

Aniston and Theroux tied the knot at their home in Los Angeles on 5 August (15), after fooling family and friends into believing the bash was a surprise 44th birthday party for actor.

The former Friends star first stepped out as married woman at the premiere of her new film, She's Funny That Way, on Wednesday (19Aug15).