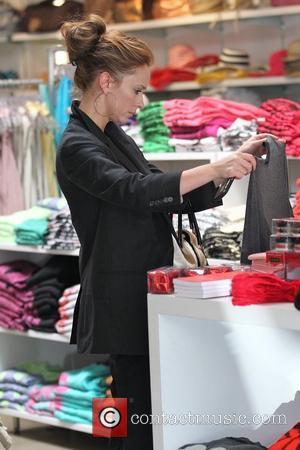 Jennifer Love Hewitt has landed her dream job - she has been hired to cover the red carpet at the final TWILIGHT movie premiere for TV show ACCESS HOLLYWOOD.
The die hard fan revealed she has yet to meet Twilight hero Robert Pattinson after he snubbed her at a photo signing, and now TV bosses have stepped in to make her wish come true.
Appearing on Access Hollywood Live on Tuesday (01Feb11), the actress told host Billy Bush, "I actually waited in line to take a picture of him (Pattinson) after the very first premiere for, like, an hour and 15 minutes and, as I got up to take my picture, they were like, 'Robert, are you tired?' He's like, 'Yes', and he left."
But then Bush offered her the job of a lifetime, asking Hewitt if she'd be interested in reporting on the red carpet at the next Twilight premiere.
Thrilled Hewitt screamed and said, "Are you kidding? Really...? Oh my God... This is amazing... I'm gonna get (vampire) teeth... I'm gonna get him (Pattinson) to sit on my lap."