Jennifer Love Hewitt's boyfriend Alex Beh has admitted he consulted the actress' relationship advice guide 'The Day I Shot Cupid' to learn how best to impress her. 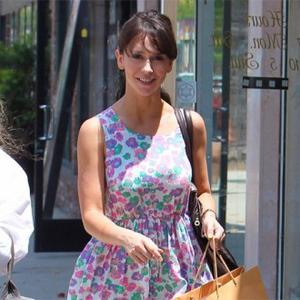 Jennifer Love Hewitt's boyfriend used her book for advice on asking her out.

The 'Ghost Whisperer' star - who has been romancing Alex Beh since July - released a relationship advice guide 'The Day I Shot Cupid' earlier this year and the actor-and-director admits he consulted the tome in order to learn more about the actress.

He said: "The book is very informative. I learned all I needed to know. When I first met her, I really was able to just map out all the things to do and not to do."

Jennifer - whose ex-boyfriends include Jamie Kennedy, John Mayer, ROSS MCCALL and Carson Daly - admits she decided to pen the book because she was in the spotlight so often because of her love life.

She told Us Weekly magazine: "Everybody has been writing about my dating life forever. I decided it was time that I actually gave my own opinions on love and dating and all that stuff."

Though the pair have been dating since July, they only made their first public appearance together on Sunday (24.10.10), when they ran the Dodge Rock 'n' Roll Los Angeles Half Marathon.

Explaining why he was attracted to the actress, Alex joked: "Her eyes, her beauty, her running ability! It was her eyes, and really, we just laugh the whole time."