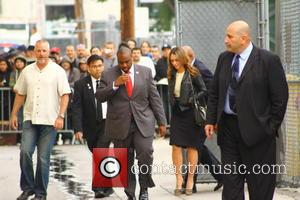 Jennifer Love Hewitt and American Idol judge Randy Jackson hit strip clubs in Los Angeles late at night looking for moves the actress could use in her sexy new video.

The actress was working with producer Jackson on her revamp of standard I'm a Woman as part of a promo for her current U.S. Tv series The Client List, in which she plays a happy-to-please high-end masseuse, and when it came to shooting the racy black and white video, Hewitt decided she needed to do a little research.

The I Know What You Did Last Summer star, who strips down to her lingerie for the saucy Matthew Rolston-directed video, says, "When I said I was gonna do burlesque (in the promo) he (Jackson) said, 'I know these great choreographers who do burlesque'.

"Randy and I for, like, a month would go, at about 10 o'clock at night, to burlesque clubs... and hang out... and really seriously be like, 'That pelvic movement, that's gonna look good on my figure. That shimmy thing, no.'"

And the actress still can't believe no one recognised the odd couple and called in the paparazzi.

She adds, "No one wrote about it or saw us. I go to the cleaners and it's like in those normal things people do (sections of magazines). Randy Jackson and I were in burlesque clubs and nobody said a word. It was hysterical."