The 35-year-old actress is pregnant with her second child just over a year since giving birth to her firstborn.

Jennifer Love Hewitt is pregnant again! After giving birth just over one year ago in November 2013 to her first child, the 35-year-old actress and her husband Brian Hallisay are expecting their second child together. 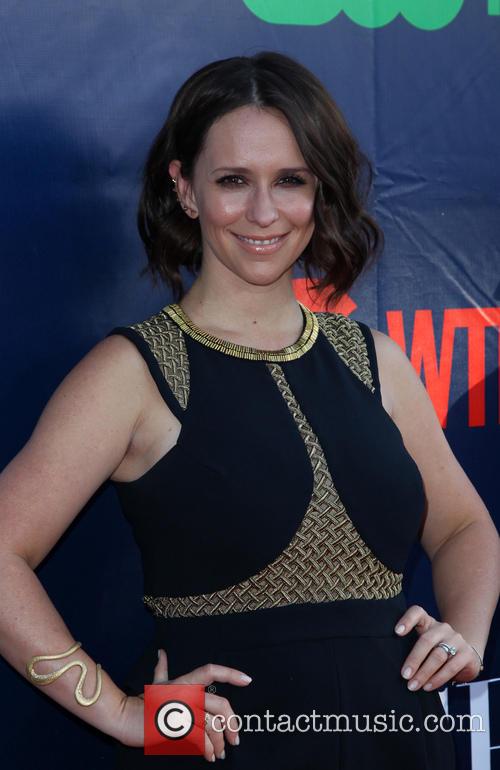 Love Hewitt is pregnant for a second time

News of Hewitt's second pregnancy first broke when her rep told Us Weekly, "Jennifer and Brian are thrilled to be expecting their second child later this year."

Hewitt and Hallisay, who are parents to a 13 month-old daughter, Autumn James, secretly tied the knot shortly after welcoming their first child into the world.

TV Guide's former 'Sexiest women on television' (2009) opened up about being very secretive in regards to her firstborn while appearing on 'The Ellen DeGeneres Show' this past April.

"I was already pregnant and I couldn't tell anybody," Hewitt told Ellen about her previous appearance on the show when she couldn't reveal anything to the host and guest co-host Matthew Perry. "The wardrobe [department] put me in this dress and I had to be just like, 'Oh, awesome. This looks great.' And [my boobs] were like up here and I came out and all I saw was your face and you were like, 'Hey!' And then [Perry] was like, 'hi,' and I was like, 'Hello!'"

More: Does Anybody Want a Remake of 'I Know What You Did Last Summer'?

Hewitt will be hoping to have a similar smooth pregnancy she experienced first time around. "I feel very lucky. Some women have really rough pregnancies. I've not had one," she told Us Weekly in June 2013. "It's been really nice and we have been enjoying it so we feel really lucky."

Hewitt was reunited with Hallisay on the set of Lifetime's 'Client's List', which has now been cancelled, and began dating in 2012. The couple met on NBC's 'Love Bites'.