Jennifer Love Hewitt is reportedly considering having her eggs frozen to prolong her fertility as she is ''worried'' about ending up childless after a string of failed relationships. 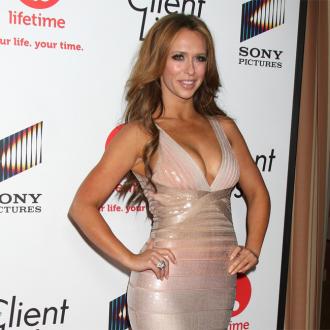 Jennifer Love Hewitt is reportedly considering having her eggs frozen to prolong her fertility.

The 34-year-old actress, who is currently dating her 'Client List' co-star Brian Hallisay, has enquired about the process as she is ''worried'' about ending up childless after a string of failed relationships.

A source told Us Weekly magazine: ''She has been asking a few women she knows about freezing her eggs. [She] feels worried that she will end up single, since none of her relationships have been successful.

''If it doesn't work out with Brian, then she can still be a mum one day.''

Although Jennifer - whose ex-boyfriends include musician John Mayer and actors Jarod Einsohn and Jamie Kennedy - has suffered many public heartbreaks, she is on good terms with all of her former flames.

And the 'Client List' star has made no secret in the past of her desire to become a mother.

She said: ''I think you learn a lot from every break up. It is so much more important that you love yourself rather than someone else. I've had breakups and they've been public, but I don't regret any of them. I adore them all. I've gotten very lucky.