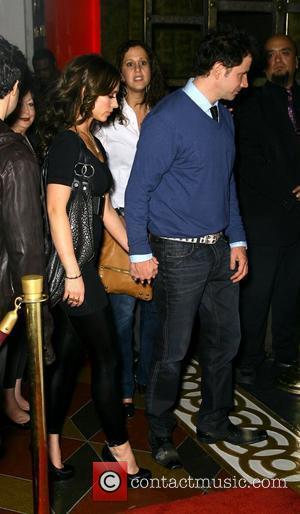 Jennifer Love Hewitt is adamant she hasn't given her boyfriend Jamie Kennedy a deadline for a proposal - insisting the couple won't "rush" into marriage any time soon.
The actress sparked rumours of an imminent wedding last year (09) after she mentioned in an interview that she wanted to be engaged by summer 2010.
She said, "By this time next year, if we're not planning something, then there's a situation."
Her former Ghost Whisperer co-star was subsequently rumoured to have popped the question to Hewitt onstage during a comedy show, but the couple denied the reports.
Hewitt insists she hasn't given her partner an ultimatum - and doesn't expect a proposal until they are both ready to wed.
She says, "The engagement thing was blown out of all proportion. When I made that comment about there being a 'situation', I wasn't really giving him a time clock. If it's going to happen it will happen, but right now we are not rushing anything. We are both just really happy."