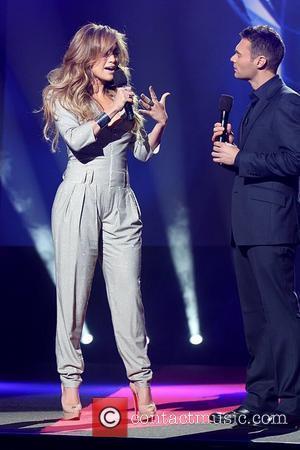 Jennifer Lopez temporarily moved her family in with her best friend Leah Remini last Christmas (09) after finding herself in between homes while her new Los Angeles mansion was under renovation.
The Get Right hitmaker and her husband Marc Anthony own properties across the U.S., but they were briefly without a home on the west coast late last year - so actress Remini and her husband Angelo Pagan opened their place up to the superstar couple for the holidays.
Explaining the living situation to the ladies of new U.S. daytime show The Talk on Tuesday (19Oct10), on which Remini is a co-host, Lopez explained, "We were moving into another house which we just moved into this year and so our other house was all messed up and over Christmas last year and through the holidays.
"We were homeless for like, three months I would say. Not homeless - we went to our place in New York. Marc has a place in New York, but then we had to come back here (to Los Angeles) for work and it's a big operation - it's me, it's the twins, it's the nanny."
But Lopez embarrassed the King of Queens star when she admitted Remini's obsession with cleanliness and neatness had started to drive her mad.
She added, "Everything is meticulous (in Remini's house) which can be a lot sometimes... You leave a cup (on the table), she picks it up...
"She tries to create the most beautiful experience for you in her home (but) we only stayed there for a little while."