Jennifer Lopez has revealed she always makes sure she looks stylish for her kids, and no matter how busy she is she will always dress up. 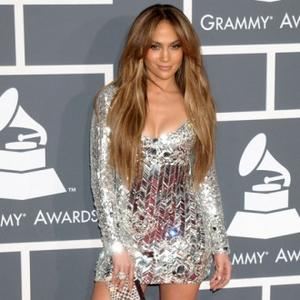 Jennifer Lopez makes sure she looks glamorous for her children.

Despite her incredibly busy life, the singer-and-actress always makes an effort with her appearance so her two-year-old twins, Max and Emme, know what she really looks like.

She said: "Sometimes (as a mother) you don't even have time to shower, and I totally understand that. My kids need to know what I look like! Make an effort and say, 'OK, I need to get back to the person I was.' "

The 42-year-old star - who is separated from her kids' dad, husband Marc Anthony - has also revealed the iconic green Versace gown she wore to the 2000 Grammy Awards had been worn by someone else first.

The 'American Idol' judge - who was dating rapper P. Diddy at the time - said: "I remember putting it on and the stylist saying, 'You know, somebody else wore this.' I was like, 'I don't care. It looks great.' "