The no.1 selling artist is set to take to the stage in recreation of classic musical.

It has been announced that Jennifer Lopez will star in the live musical of 'Bye Bye Birdie' coming in January of next year on NBC. Head of Entertainment for the network, Bob Greenblatt, said: "She came to us and said, 'I love this movie and I'd love to do it". 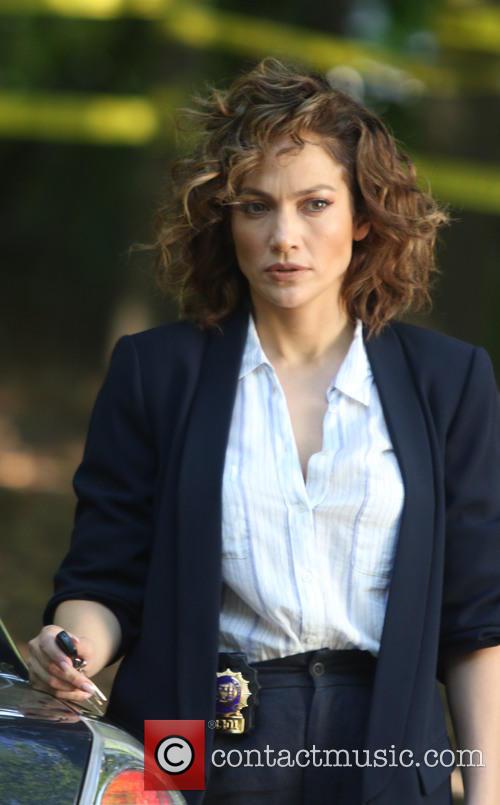 Jennifer Lopez on the set of Shade of Blue

In a statement made by Lopez, she said that "Broadway musicals and films fueled my childhood and 'Bye Bye Birdie' was one of my favorites. I'm proud to be a part of the NBC family with 'Shades of Blue' and I thought it would be a blast to take on one of their big live musicals."

The story portrays the story of a rock star, Conrad Birdie, making his farewell performance in a small town in Ohio before he is drafted to serve in the army. The story is supposedly inspired by Elvis Presley's story when he was drafted into the army in 1957.

Lopez will play lead female, Rosie, the girlfriend of struggling songwriter Albert Peterson -who was just about to get his big break with Birdie going to sing one of his songs. "Broadway musicals and films fueled my childhood and Bye Bye Birdie was one of my favorites." states Lopez.

The live musical is going to be written by four-time Tony award winner Harvey Fierstein. Whilst it has also been confirmed that Lopez will also produce with Benny Medina, Craig Zadan, Neil Meron and Elaine Goldsmith-Thomas.

"To have a superstar like Jennifer Lopez starring in this classic show, which every high school in America has done, will ensure that our holiday musicals continue to be must-see events for the whole family,"

"It was her idea to take on this classic singing and dancing role made famous by the legendary Chita Rivera, and we are so happy to oblige! This show has delighted audiences for generations with classic songs that include 'Put on a Happy Face' and 'A Lot of Livin' to Do,' and this will be an extravagant production built around this big star."

It has also been rumoured that NBC is working with Aaron Sorkin to produce a version of 'A Few Good Men' for April.