Jennifer Lopez is 'really happy' for her ex-fiance Ben Affleck's success with his movie 'Argo' and admits she sees him and her ex-boyfriend P. Diddy lots 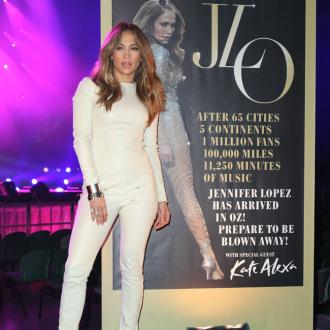 Jennifer Lopez says she is ''really happy'' for Ben Affleck.

The 43-year-old 'Parker' star - who is dating her 25-year-old back-up dancer Casper Smart - has revealed she still sees her ex-fiance regularly and was thrilled to see him win two Golden Globe Awards last Sunday (13.01.13).

The mother-of-two - who has been divorced three times - told 'The Ellen Degeneres Show': ''It was nice to see him have that moment. I was really happy for him.''

Jennifer insisted she and Ben are still close, and she is also in touch with her ex-boyfriend P. Diddy.

She said: I see them a lot. We're in the same business. You know, we run in the same circle.''

'Argo' star Ben - who is now married to actress Jennifer Garner - revealed last year that he still ''touches base'' with Jennifer.

He said: ''We don't have the kind of relationship where she relies on me for advice,' he said of the star. 'But we do have the kind of relationship where there'll be an e-mail saying, ''Oh, your movie looks great. I touch base. I respect her. I like her. She's put up with some stuff that was unfair in her life, and I'm really pleased to see her successful.''

The singer-and-actress EOnline.com she would love to win an Oscar one day and would have no problem choosing a dress for the occasion.

She said: ''Oh, trust me. I'll be ready. I think everybody that has ever taken acting seriously would love to be recognized in that way.''

Meanwhile Jennifer admitted that despite having one of the most admired bodies in Hollywood, she often strays from her healthy diet.

She said: ''I should be more healthy, to be honest. My kids eat healthier than I because you want them to be healthy. But I have bad habits from, you know, growing up in the Bronx -- Hawaiian Punch, Kool-Aid! The more sugar, the better!''