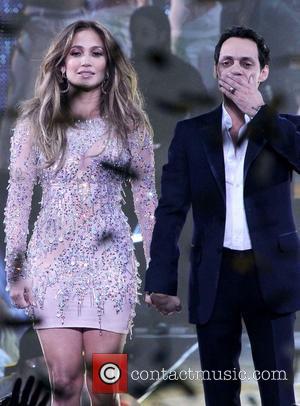 Jennifer Lopez has officially quit American Idol a day after rocker Steven Tyler announced he was stepping down as a judge on the show.
After weeks of speculation about the pop superstar's future on the TV talent series, Lopez phoned in to Idol host Ryan Seacrest's Los Angeles radio show on Friday (13Jul12) to declare she would not be back for a third season of the show.
The On The Floor singer gave U.S. breakfast show Today a taste of what was to come on Thursday (12Jul12) when she said, "I am thinking that maybe it's time for me to go and do other things that I really love to do," during an interview - and she made the news official a day later.
She told Seacrest, "It's just been a really long thought process... and I really have been torn... When I signed on to Idol I signed on for one year and I wound up doing two years because I just fell so in love with the show, everybody there... and I didn't know I'd be so moved emotionally by working on the show... It was such a lovely surprise in my life to do it.
"Something has to give... I really was dreading this phone call... and you're gonna make me cry. I honestly feel the time has come that I have to get back to doing the other things that I do that I have kinda put on hold because I love Idol so much... I could keep just doing Idol for the rest of my life but that would be giving up a bunch of other things... We had an amazing run."
But she insists she hasn't shut the door on Idol completely, revealing she'd be happy to return for guest spots on the show.
She added, "I feel like no matter what you guys need over there, I'm always gonna be here... There's just that tie there; I just don't know if I could be there every single day."
Lopez's decision comes the day before she kicks off a major North American tour with Enrique Iglesias.