Jennifer Lopez is reportedly planning to have a baby with Casper Smart after the pair rekindled their romance. 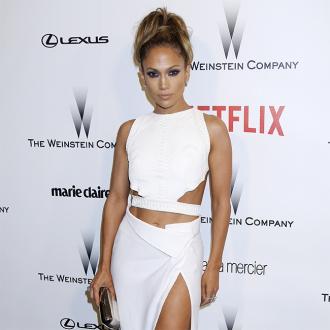 Jennifer Lopez wants to have a baby with Casper Smart.

The 'Booty' hitmaker has reportedly rekindled her relationship with the 27-year-old dancer following their split last year because she is desperate to have more children.

A source close to the 45-year-old star, who has six-year-old twins Max and Emme with ex-husband Marc Anthony, said: ''Even though she has no plans to marry him, J. Lo still loves Casper and wants to have his baby.

''Casper never stopped helping with her kids. He even goes on food runs to Johnny Rockets in Jennifer's Bentley for them.''

The couple split last June after Casper was allegedly caught sexting a transexual model, but Jennifer agreed to take him back under strict conditions.

The insider told Life & Style magazine: ''Casper now has to follow her house rules. He's only allowed out during the day with the kids, and he can't go out at night without approval beforehand.''

But the source said the star now ''feels stable enough to plan a family with Casper.''

Meanwhile, Jennifer recently admitted she would love to have twins again.

She said: ''I don't know if it's in the cards for me because of my age, but I would love to have another baby, to be blessed one more time. I'd love to have twins again.

''I was thinking about that last night when I was in bed with Emme. I was just loving the moment. I don't know if it's in the cards, but you never know.''