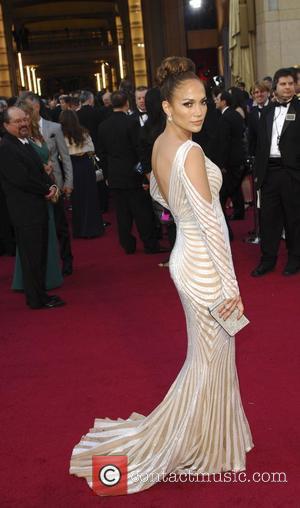 Reports of Jennifer Lopez's Oscars 'nip-slip' may have been grossly over-exaggerated, if her stylist is to be believed. Jenny from the Block caused a stir at last night's glittering awards ceremony, when her apparently semi-sheer, figure hugging dress seemed to reveal a part of her nipple.
Entertainment Weekly have received a statement from J-Lo's stylist, Mariel Haenn, regarding the reports of a wardrobe malfunction. "The Oscar dress was custom made for Jennifer by designer Zuhair Murad. The dress fit perfectly to her every inch. There were cups built in and there's no chance that there were any how do you say? 'slips.' While the dress did give the illusion of sheer-ness, jokes on everyone who wishes they saw something!" This may put a dampener on things for those convinced they caught a glimpse of Lopez's nipple, but it hasn't stopped people talking about it. The Twitter handle @JLosNipple was set up last night (February 26, 2012) in honour of the incident and debate has been ongoing on the social media site regarding whether or not the star did indeed suffer a wardrobe malfunction or whether it was simply a trick of the light.
Jennifer Lopez, along with Cameron Diaz, presented the award for Best Costume Design, with the award going to Mark Bridges for his work on The Artist. The Artist had a hugely successful night, having also won Best Picture and its lead actor, Jean Dujardin picked up the Best Actor Oscar. Its director, Michel Hazanavicius landed the Best Director award and Ludovic Bource won the prize for Best Music.