Forbes magazine have named Jennifer Lopez as the world's most powerful celebrity, beating Oprah Winfrey to the top spot in their annual Celebrity 100 list. 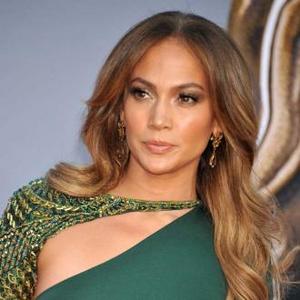 Jennifer Lopez has been named the world's most powerful celebrity.

The 42-year-old star has knocked Lady GaGa off the top spot of Forbes magazine's annual Celebrity 100 list - at which she was placed number 50 last year - thanks to her high public profile and endeavours in music, movies, as a judge on 'American Idol' and other endorsement deals, with her income over the last 12 months reaching a staggering $52 million.

The Celebrity 100 - which placed TV talk show host Oprah Winfrey second and Justin Bieber third - is based on income over a 12 month period and fame, as defined by a media presence across all platforms, as well as social media power as determined by prolificness on facebook and twitter.

Jennifer's fame was boosted by her 23,000 press mentions, including appearing on 46 major magazine covers, topping People's 2011 Most Beautiful list and being named as a Glamour Woman of the Year.

In fourth spot was Rihanna, while Lady Gaga was placed fifth on this year's list .

Rounding out the top 10 on the Celebrity 100 - which includes film and television actors, TV personalities, models, athletes, authors, musicians and comedians- were Britney Spears in sixth place, one spot ahead of Kim Kardashian, Katy Perry in eighth, Tom Cruise, in ninth and Steven Spielberg at 10.