Jennifer Lopez has sold a TV show about her boyfriend Casper Smart following his work as choreographer on her forthcoming tour. 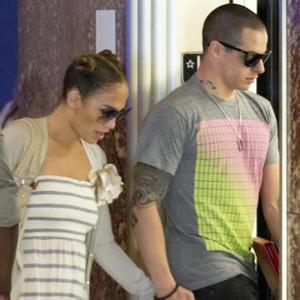 Jennifer Lopez has sold a TV show about her boyfriend.

The 'American Idol' judge has appointed backing dancer Casper Smart - who she has been dating since last autumn - one of the choreographers on her forthcoming world tour and is now making a reality programme about his work on the shows.

Insiders tell the New York Post newspaper that the show - which has already been picked up as a series by Oxygen - will focus purely on the couple's professional relationship and will see Casper working with the other dancers on the tour to get them ready for the stage spectacular.

While it unclear what else will appear in the production, Casper is likely to be well-dressed in the series as he recently revealed dating Jennifer - who has four-year-old twins Max and Emme with ex-husband Marc Anthony - has made him more fashion conscious.

He admitted: ''She has great fashion. It definitely makes me pull up and I have to go a little bit harder and watch what I wear.

''I can't walk around in sweats and just chill out clothes. I've got to look nice.''