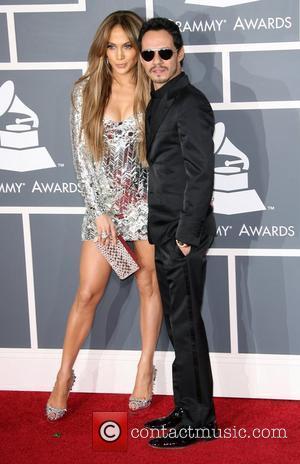 Jennifer Lopez has made a U-turn on her decision to become a judge on Simon Cowell's US version of the X Factor.
JENNIFER LOPEZ , the American singer and actress who is currently working as a judge on American Idol, has changed her mind about defecting to SIMON COWELL's rival show 'The X Factor', according to the UK's Daily Mirror.The newspaper claim that 41-year-old Lopez was approached by Cowell shortly after she had joined 'Idol', and the music mogul allegedly began "begging her to ditch it and join the panel of US X Factor". The singer was initially "bowled over by Cowell's charm offensive" and agreed to make the switch, however, she changed her mind after 'Idol' boss Simon Fuller flew to the US to persuade her to remain on his show. One source revealed "Jennifer quickly saw sense and pulled out of US X Factor, which is why you've got this unseemly scramble for judges going on as we speak".
JENNIFER LOPEZ is currently sharing judging responsibilities with Randy Jackson and Steven Tyler on AMERICAN IDOL and Cowell is looking to put together his own superstar panel. It is expected that Nicole Scherzinger will join the new show, as will CHERYL COLE.