'Jenny from the Block' singer Jennifer Lopez is thought to be in line to return to the 'American Idol' judging panel alongside Randy Jackson and Steven Tyler. 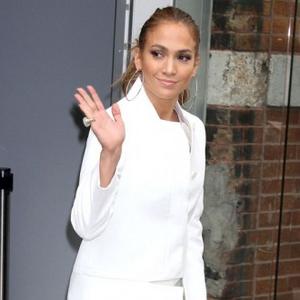 Jennifer Lopez has reportedly agreed to return to the 'American Idol' panel.

The 'Jenny from the Block' hitmaker looks likely to rejoin fellow panellists Steven Tyler and Randy Jackson, who have both renewed their contracts on the show - which is presented by Ryan Seacrest - and an insider has revealed to E! online that an announcement confirming her return could be broadcast any day.

The 41-year-old beauty - who met Britain's Prince William at a BAFTA Brits to Watch gala hosted by the second in line to the throne in Los Angeles on Saturday night (09.07.11) - recently revealed she was "enjoying" weighing up her options before making a decision about judging on the reality TV competition.

She previously said: "You know, this is the question of the hour.

"I don't know. I haven't been forced to make a decision and I'm glad about that because, honestly, I'm very on the fence about it. I had an amazing time doing it and I loved it, but I have a lot of other things happening, and it's going to come down to me making a choice of what I want to do for the next year and we're not really at the breaking point of, 'You have to make a decision right now!'