Jennifer Lopez Is Holding Out Hope That Next Year's (16) American Idol Series Is Not The Last, Despite Producers' Plans To Bring The Curtain Down On The Long-running Tv Talent Contest. 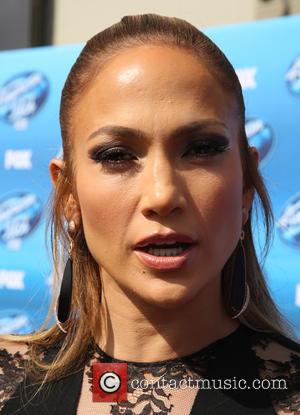 Picture: Jennifer Lopez - A variety of stars were photographed as they arrived for the 2015 American Idol XIV Grand Finale which was held at the...

The singer and actress, who is a judge on the show, has just wrapped up season 15 and plans to return for one more run alongside Harry Connick, Jr and Keith Urban.

But she is secretly hoping TV bosses have a change of heart and decide to keep the show on air.

During a taped appearance on one-time Idol judge Ellen Degeneres' TV chat show, which will air in the U.S. on Friday (15May15), J.Lo said, "You know, I don't believe anything... It's not over till it's over. So I just feel like you never know. Yes they've announced it's the last season next year, but... after the finale this week and you feel that moment... You remember why you love this show."

Lopez also opened up about her hopes of becoming a mum again on the show. The 45 year old said, "I would love to have more kids. I love my kids, I wish I would have four or five more. If I got pregnant I would be so excited."

And the mother of twins Max and Emme is open to the idea of adoption, adding, "I love kids. I love the whole experience... It's, like, the fact that you get to love somebody unconditionally in that way and not even care if they love you back, you just love them so much... That relationship, that's the biggest blessing in the world is to be able to love somebody like that."

The JENNY FROM THE BLOCK singer also addressed ongoing rumours suggesting she and dancer ex Casper Smart have reconciled, stating, "Whatever anybody else wants to perceive about me hanging out with people or other people or different people. It doesn't matter. I know the truth."

Asked if she was single, she added, "I'm kind of not, but I kind of am. Have you ever been at a point in your life where you don't know? Like, you're not sure about things? Well, that's all. I am not sure about anything.

"When I have something really to say that's permanent or in a way that's really important, like, I feel like I have to say something, I'll say it."