Jennifer Lopez is still hopeful she'll walk down the aisle for the fourth and final time at some point in the future. 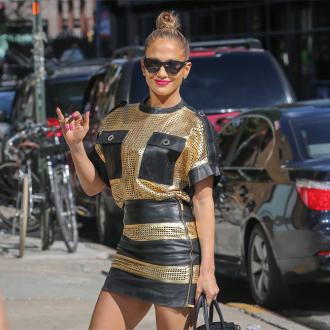 The 'Booty' hitmaker been divorced three times and recently split from her 27-year-old boyfriend Casper Smart following two-and-a-half-years together, but insists she hasn't given up on love and would like to walk down the aisle again at some point in the future.

Speaking on New York City radio station Hot 97's morning show, she said: ''I have been married before, I have tried to be married before. It's not the easiest thing in the world, but at the same time I do believe in it. I believe in the institution, I believe in committing to someone and spending the rest of your life with them.''

The 44-year-old singer - who has six-year-old twins Max and Emme with third ex-husband Marc Anthony - believes she will eventually find 'The One'.

She said: ''I'm a romantic at heart, at the end of the day I believe that there's one person that you're going to spend your life with and you have to find that person. I've tried it with certain people and for whatever reasons that are personal it just didn't work out and that's a sad thing.''

Meanwhile, the brunette beauty recently enjoyed a ''very flirty'' night out with Dancing with the Stars' Maksim Chmerkovskiy, 34, in Ledyard, Connecticut, on Saturday night (21.06.14), despite recently insisting they were just close friends.