Jennifer Lopez and Marc Anthony - who finalised their divorce in 2014 - reunited to celebrate their twins' Max and Emme's 7th birthday. 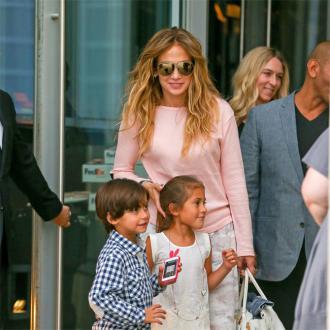 The divorced couple - who has seven-year-old twins Max and Emme together - showed they were on friendly terms as they posed for a photo together.

Meanwhile, the 45-year-old singer and actress recently revealed she has hired a ''manny'' for her son.

She said: ''The poor boy is surrounded by women 24 hours a day. One day I'm looking at him and he like jumps on me and hurts my neck.

''He has this thing and I go, 'This poor kid he's just surrounded by women all day'. I was just thinking of my child and I got a manny, a nice guy to come in and like hang out with him and have fun.''

Jennifer - whose divorce from Marc was finalised in June last year - also wondered how their divorce will affect their children in the future.

She shared previously: ''You didn't hear about divorces so much when you were little and now there's like families and you have to deal with other people's kids and then their partners, and old partners and new partners and it's like such a different world.