Jennifer Lopez And Enrique Iglesias Team Up For Latin Tour 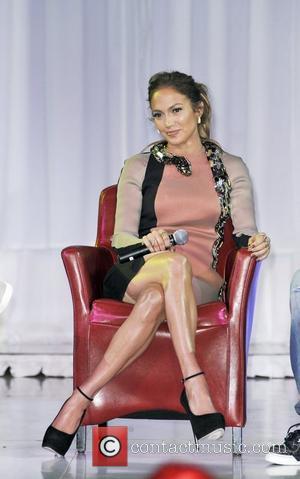 Jennifer Lopez and Enrique Iglesias, two of the biggest Latin pop stars in the world, are joining forces for a co-headlining summer tour. An initial 16 dates have been announced for North America, with more dates expected to be announced soon, reports Billboard.com.
It was reported earlier this month that Lopez and Iglesias were "in discussions" to team up for the tour, and it appears talks ran smoothly. Both acts are enjoying career revivals, with Lopez now a judge on American Idol after releasing her hit seventh studio album 'Love?' in 2011. She scored a monster hit with 'On the Floor', featuring Pitbull and had more success with recent single 'Dance Again'. Iglesias was scheduled to team up with Britney Spears for a joint-tour last summer, but the jaunt failed to materialize and the singer instead joined forces with Pitbull and Prince Royce for a U.S. trek. The tour eventually grossed $7.2 million, including $1.3 million from a date at New York's Madison Square Garden alone. In a statement, Enrique said, "I'm so excited to be spending this summer out on the road. There is no better feeling than being out on stage in front of all my fans"
The tour kicks off on July 14 in Montreal, before heading to Toronto, Newark, Boston, Washington and Chicago. Later in the jaunt, the pair will stop at the Staples Center in Los Angeles and the Mandalay Bay Resort in Las Vegas.