Jennifer Lopez is back on the market, but can you remember all her former loves?

Jennifer Lopez is single again after splitting from her boyfriend of two and a half years, Casper Smart. J-Lo’s often rocky love life has provided plenty of juicy tabloid material over the past fifteen years thanks in part to a number of high profile exes. From Puffy Daddy to Mark Anthony by way of Ben Affleck and now Casper Smart, incase you’ve forgotten any names here's the full list of J-Lo's most famous relationships. Jennifer’s first marriage was to former waiter Ojani Noa, whom she met while he was working at a Miami restaurant. The couple were married for 11 months between 1997 and 1998 but despite the union being short lived the couple are still battling each other in the courts. Currently J-Lo iand Noa are engaged in a legal battle with the singer fighting to prevent him from releasing ‘potentially embarrassing’ honeymoon footage.

The first of Jennifer’s many high profile relationships was with rapper Puff Daddy, whom she began dating in 1999, after he produced her debut album On the 6. The tabloid height of their union came after they were both arrested following a shooting in a New York nightclub in December 1999. Jennifer was released without charge after questioning, but Puffy was charged with four weapons-related charges as well as bribing his driver to claim ownership of his gun. After a high profile trial the rapper was acquitted on all charges, however the drama was too much for the couple to survive and they called it quits soon after.

More: Jennifer Lopez and Casper Smart Have Split After 2 Years Together

Former back up dancer to Michael jackson, Chris Judd met Jennifer when he directed her video for ‘Love Don’t Cost A Thing’. Jennifer married Chris in September 2001, but by July the following year they were no longer together. Now making sporadic appearances on reality television shows (he was a judge on New Zealand’s Got Talent in 2013), he’s still living off being J-Lo’s ex-husband. Last year he spoke to New Magazine about their brief marriage, saying, "Behind closed doors, Jennifer's a regular girl. But when you're in demand like that, there are a lot of things you sacrifice. Personal relationships are one of them."

Bennifer, as they were known, became the first of Hollywood’s conjoined name couples. The pair began dating in 2002 and were together for 18 months, even getting engaged. But after a massive pink diamond engagement ring and a strip club scandal, Bennifer postponed their nuptials indefinitely just a day before their scheduled wedding in November 2002. The couple split for good the following January just months prior to the release of Gigli which would go down in history as one of the worst films ever made.

After her split from Ben, Jennifer’s long time friendship with singer Marc Anthony blossomed into romance and the couple married in June 2004. Three years later, Jennifer and Marc welcomed twins Emme and Maximilian and the couple sold the first picture of the new borns to People magazine for $6 million, making it the most expensive celebrity picture ever taken at the time. But by 2011, the couple had announced their split, citing the old ‘irreconcilable differences’ as the reason. 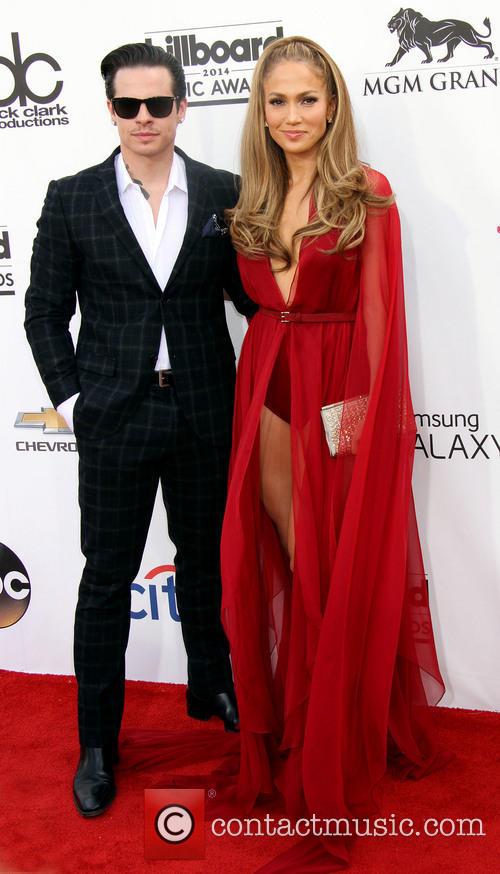 J-Lo dated dancer Casper for two and a half years

Before the divorce papers had even been filled, Jennifer began being seen out with 25 year old dancer Casper Smart. Compared to her previous boyfriends the relationship was a lot more low profile than J-Lo was used to. That was until last month when rumours circulated that Smart had cheated on J-Lo with a transexual model. Jennifer and Casper announced their split in early June, with sources saying the two had simply ‘grown apart’.