Singer and actress thinks Demi Lovato and Britney Spears will do well. 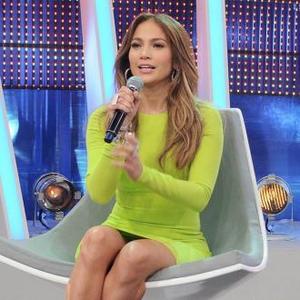 Jennifer Lopez has advised Britney Spears and Demi Lovato to be true to themselves when they begin their judging roles on 'The X Factor' USA.

The 42-year-old 'American Idol' judge said that she felt ''scared'' for 30-year-old Britney and 19-year-old Demi because she was under a lot of pressure to impress when she started on her rival show.

She said: ''Just be yourself. I think it's just about really being your true self, not trying to be something that you're not. I feel a little scared for them 'cause I was scared when I started. It's live TV - there's a lot of pressure that goes with it - but I think they'll do great.

However the singer and 'What To Expect When You're Expecting' actress - who stars as a panelist alongside Steven Tyler and Randy Jackson - believes the former Disney ladies will do well due to their experiences.

She added: ''They've both been in the spotlight since they were very young, so they'll be fine.''

Britney began her career on the 'Mickey Mouse Club' while Demi appeared in 'Sonny with a Chance.'