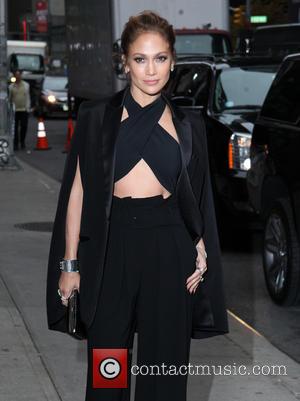 Jennifer Lopez became the butt of Gerard Butler's jokes on Friday night (14Nov14) after the singer/actress made a mess of her presentation speech at the Hollywood Film Awards.

After making the same mistake twice, she finally got the title right, and then cheekily quipped, "You don't wanna drain your dragon!"

Butler, who voiced the character of tribe chief Stoick, took to the stage to accept the award on behalf of the cast and crew, and proceeded to poke fun at the sexy Latina for her bumbling introduction.

Stepping up to the podium, he said, "Thank you, Jennifer, for that flawless introduction!"

He then continued, "It's a double honour tonight because I'm actually getting an award for a movie I didn't even know I was in, How to Drain Your Dragon. If you thought it was difficult training your dragon, try draining one!"