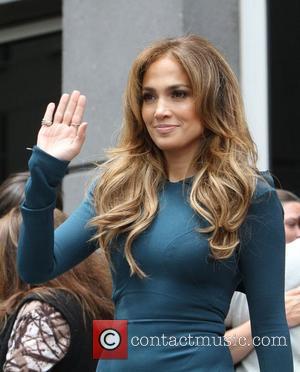 Jennifer Lopez and Victoria Beckham helped salute Simon Fuller as he unveiled his Walk of Fame star in Hollywood on Monday (23May11).
The man behind American Idol and the Spice Girls was awarded the 2,441st star at a Los Angeles ceremony attended by Idol judges Randy Jackson and Lopez, as well as her singer husband Marc Anthony.
Idol host Ryan Seacrest and former winner Carrie Underwood gave speeches praising the British music mogul, who also took to the podium to share his pride with the crowd.
Fuller said, "Whenever I see that star, I won't see my name, I'll see all names of the people I've worked (with) and all those amazing artists and people that have helped me achieve this stuff."