Baby Talk At 'What To Expect When You're Expecting' Premiere 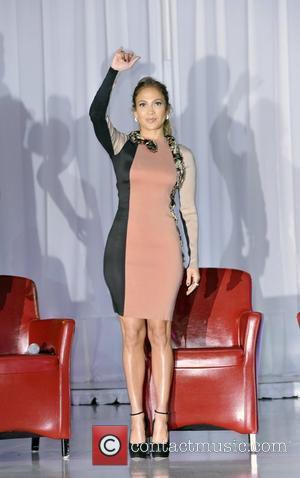 The premiere of the forthcoming comedy What To Expect When You're Expecting took place at the Grauman's Chinese Theatre in Hollywood last night (May 14, 2012) and USA Today have revealed that the star-studded guest list were full of inevitable baby talk on the red carpet. The movie has an equally star-studded cast, including Jennifer Lopez, Cameron Diaz and Elizabeth Banks (and that's just the women) and is scheduled for general release on May 25, 2012.
Keen to share her own parenting advice, Elizabeth Banks, mother to 14 month old Felix, said that the little tyke is "running everywhere. He's very active. It's really fun and really exhausting. Meanwhile, Brooklyn Decker revealed that she and her tennis champ husband Andy Roddick are going to wait a little while before they plan to have any kids together. The 25 year old told reporters "I've always been good with kids, it's something I'm very open to, but I love my job now and I feel like I'm young enough to wait awhile."
The stars of the movie all turned out looking super-glamorous, with Cameron Diaz looking stunning in a black Valentino mini, with bows attached. Jennifer Lopez wore a "a dramatic, Champagne-hued Maria Lucia Hohan gown" but you had to be quick to catch her apparently, as she and her beau Casper didn't stop to chat to the press. They were the last ones on the red carpet, reportedly and once they were done posing for photos, they hurried along inside to catch the movie.