Jennifer Lee probably has a job for life at Disney.

After the monumental success of Frozen - now the biggest animated movie of all time - and the impressive box-office of Maleficent, writer and director Jennifer Lee has been singled out to adapt the children's book A Wrinkle in Time for the heavyweight studio. Jennifer Lee's 'Frozen' Was A Monster Hit for Disney

The book, written in 1962 by Madeleine L'Engle, follows the adventures of 14-year-old Meg Murry, a troublesome student whose family is largely perfect but for her absent scientist father. Joined by her school pal Calvin and prodigious brother, Meg goes on the hunt for her father, passing through different worlds and eras

According to Variety, A Wrinkle in Time was one of Lee's favourite childhood books and she impressed Disney executives with her vision for bringing the classic story to the big screen. We imagine the $1.3 million made from Frozen didn't hurt, either.

As yet, there's no director attached though Lee may well get behind the camera herself. Jim Whitaker and Catherine Hand will produce.

More: all the things we have 'Frozen' to thank, or blame for

Interestingly, A Wrinkle in Time is one of five books in a series, so this could prove to be Disney's next big franchise.

Frozen was Lee's first outing as director, though she had previously written the critically acclaimed animation Wreck-It Ralph. The Oscar-nominated movie followed the story of a video game villain who sets out to fulfil his dream of becoming a hero, though instead wreaking havoc in the arcade where he lives. 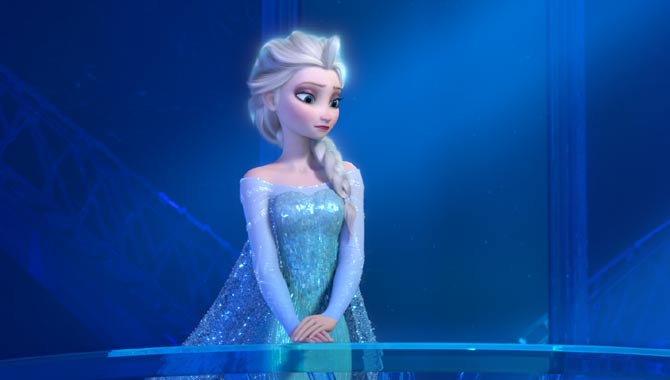