X-Men's Mystique to get own spin-off movie?

Producers have revealed Jennifer Lawrence's shape-shifting alter-ego may score her own movie and claim Fox are open to the idea of making several spin-offs. 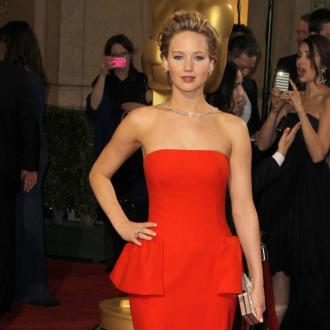 Mystique may get her own 'X-Men' spin-off.

Jennifer Lawrence's shape-shifting character has proved so popular with fans that producers are considering giving her a solo outing in the same vein as Hugh Jackman's Wolverine.

Writer and producer Simon Kinberg told Entertainment Weekly: ''I love what Jen Lawrence has done with her, and I feel like because she is in such a crowded ensemble, there's so much more opportunity if you were to follow her solo.''

Lauren Shuler Donner, who has produced all of the 'X-Men' films, agreed that Mystique would make a great stand-alone film and added that Fox are open to the prospect of creating more than one spin-off.

She said: ''There was a regime [at the studio] that didn't see the worth in [spin-offs], and the current people who run Fox understand, embrace it, and we're going to do right by it.

So far, Hugh Jackman is the only actor to land his own spin-off with Wolverine. However, the Mystique idea could be a long time in the making since the studio's focus is primarily on releasing 'X-Men: Apocalypse' for 2016 and the new 'Wolverine' film scheduled for 2017.

'X-Men: Days of Future Past ' will hit cinemas in May.