'The Hunger Games: Mockingjay Part 1' Is Coming, President Snow Has A Message For You

The first teaser clip has been released for The Hunger Games: Mockingjay Part 1. Well, we say teaser but it’s cunningly disguised as a piece of cold-blooded propaganda from the Capitol to the people living in the Panem districts. The 90 second clip works well to get fans of the franchise into the Hunger Games mindset and make them excited for Francis Lawrence’s film five months before its release. Appearing dressed in white and sitting on a white throne in a white room, Snow addresses the citizens of Panem with a message.

"Since the dark days, our nation has known only peace," he begins. "Your hard work feeds us and in return we feed and protect you," Snow continues. 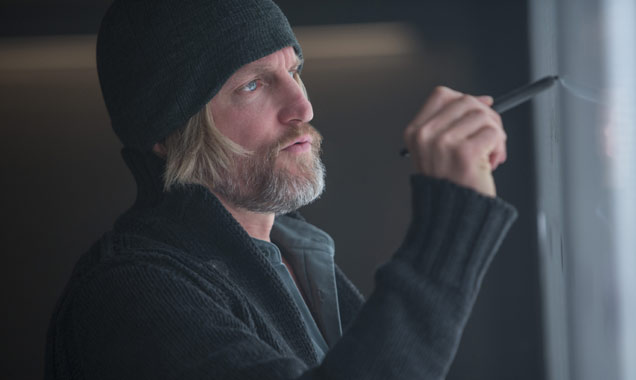 Woody Harrelson Will Reprise His Role As Haymitch In 'Mockingbird Part 1.'

"But if you resist the system you starve yourself. If you fight against it, it is you who will bleed." The camera pans out and we see sweet Peeta standing blank-faced next to the President.

Based on Suzanne Collins’ best-selling novel, the movie will catch up with Katniss Everdeen (Jennifer Lawrence), who is living in District 13 after bringing down The Hunger Games. Under the leadership of President Coin (Julianne Moore), Katniss embarks on a quest to save her beloved friend Peeta (Josh Hutcherson) as well as the nation. Meanwhile, the oppressed districts rise up together to fight to bring down the Capitol…and there’s little that President Snow can do to stop them.

The Hunger Games: Mockingjay will be released on the 21st November.

More: ‘The Hunger Games: The Exhibition’ – plans for an interactive tour.