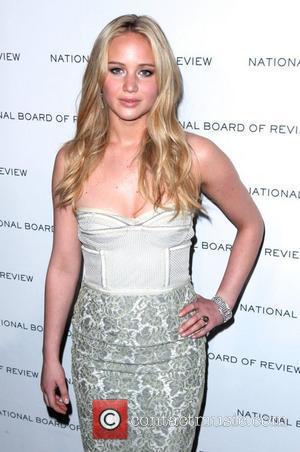 WINTER'S BONE star Jennifer Lawrence suffered for her art on the set of the new X-Men prequel FIRST CLASS - she had an allergic reaction to the body paint that turned her into mutant MYSTIQUE.
A skin doctor was called to the set when the pretty star broke out in rashes and boils when the blue paint was applied to her skin.
She tells The Hollywood Reporter, "I got a couple of things from the paint, like weird boils, rashes and blisters... and a doctor had to pop them."
But once that scare was taken care of, Lawrence really began to realise what she had signed up for - months of daily make-up misery.
She explains she spent up to eight hours in the make-up chair every day.
She adds, "Nothing's sacred anymore. Those girls (make-up assistants) and I got so close. They were painting me naked every day for months. It was kind of like going to a really bizarre sleepover."