In a packed week for entertainment news, the surviving members of Monty Python announced a comeback, The Hunger Games: Catching Fire scored glowing reviews from critics and Warner Bros. dropped hints as to the title of the Man of Steel sequel. 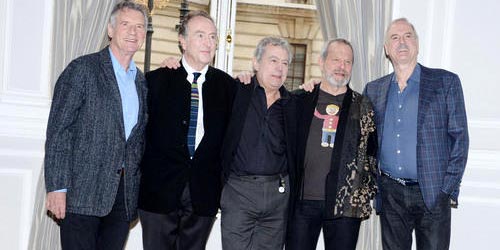 Dead Parrot's alive! Like David Bowie's comeback in January, we were stunned this week when the surviving members of Monty Python announced they would be reuniting for a special-one off stage show at London's O2 Arena. Find out why John Cleese will not be doing the funny walk.

Jennifer's on fire! Ok so we always knew The Hunger Games: Catching Fire would probably outdo the original at the box-office, though what we didn't expect was that the teen franchise flick would be critically acclaimed. Of course, it could have all been very different - check out the alternative Hunger Games cast here.

Harry's style: Ok, so it was probably only a matter of time before Harry Styles moved in on the Kardashians but it finally happened this week, with the One Direction star taking Kendall Jenner out for a quiet meal in Los Angeles. Check out the photographs here. 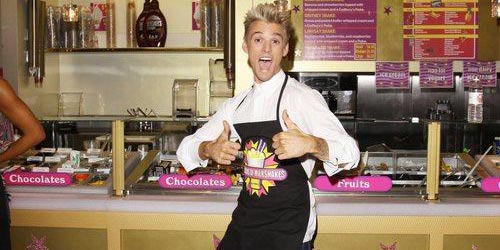 Sick as a dog:  Aaron Carter. Remember him? Of course you don't, but anyway, he's bankrupt. Yep, the younger brother of Nick Carter is all outta cash and owes the IRS a small fortune. Check out how much he valued his dog at in the official documents.

Beyond Darkness? Ok, so we already know Ben Affleck will play Batman in the Batman versus Spiderman movie - though we may also know the title. This week, Warner Bros registered a bunch of new domain names for the film - among them, Beyond Darkness. Check out the full list.

Tone it down! Sarah Silverman should tone down her raunchy comedy show We Are Miracles, this according to Variety critic Brian Lowry who claims the comedienne is trying to "prove she can be as dirty and distasteful as the boys." Do you agree? 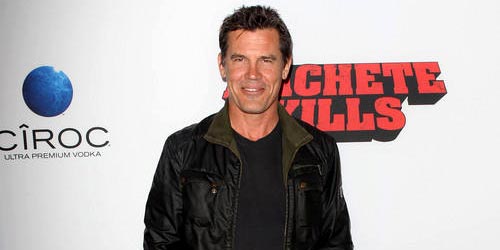 No Country for Old Men: Josh Brolin - actually one of our favorite actors - is the latest Hollywood star to wind up in rehab for addiction issues. The actor - who will star in Spike Lee's Oldboy remake - is getting help in North Carolina. The news comes after the actor got into a drunken brawl earlier this month - read about it here.

Close Call! Hugh Jackman says he has been treated for skin cancer after seeking advice for a mark on his nose. The Wolverine star posted an image on his Instagram account, telling fans "Don't be foolish like me. Get yourself checked." Check out the full story here.

Video of the Week: This week's hottest footage really got us in the Christmas spirit this week. It's the trailer for festive flick Saving Santa and, well, it looks great. Check it out here.