Jennifer Lawrence had an amazing year, and it looks like 2014 is going to be just as successful.

2013 has come to an end, and it appears Jennifer Lawrence landed atop almost every list at the end of the year. The latest has her as the most bankable actress of 2013. Jennifer Lawrence after accepting her Oscar for Best Actress

According to Variety, the 2013 box office is set to reach all kinds of records, and Lawrence can be credited for an important part of that. The actress appeared in The Hunger Games: Catching Fire and American Hustle, and that was only in the last two months of the year.

She was voted the top money-making star of the year by an annual poll of motion picture theater owners and film buyer, conducted by Quigley Publishing Company, according to Variety.

Sandra Bullock was voted the second most bankable actor of the year — in part to her roles in Gravity and The Heat. Lawrence's Silver Linings Playbook and American Hustle costar Bradley Cooper landed at third on the poll. He also appeared in The Hangover III in 2013.

Lawrence was on a poll from the company last year, as one of their Stars of Tomorrow, along with Joseph Gordon Levitt. In 2013, the actors names to that list include Amy Adams and James Franco. 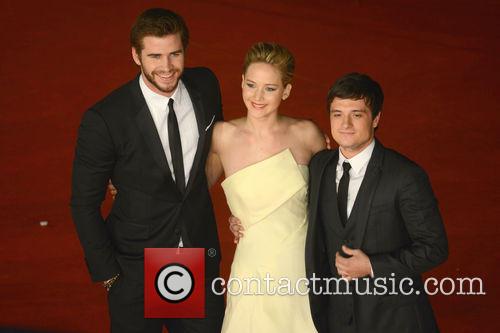 Twenty-three-year-old Lawrence appeared on numerous other lists as well, and was also named one of Variety's most influential people of 2013. She is currently working on numerous projects, including the last two Hunger Games movies, and an X-Men sequel. She will next be seen in Serena, another film with Bradley Cooper.