After starring together in Silver Linings Playbook, Jennifer Lawrence and Robert De Niro have reunited for Joy, the true story of inventor Joy Mangano. This time De Niro is playing Lawrence’s father and thanks to their close bond, the actress couldn’t think of anyone more suited to play her on-screen dad. 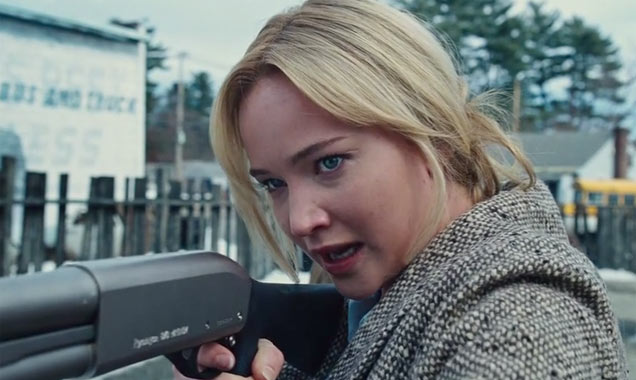 “Bob is so paternal and lovely to me,” Lawrence said. “He's just always been so nice to me, so it felt really natural that he would play my father, because in some ways he was this paternal figure that I had, raising me through this certain element of my life, through movies and fame.”

“I can ask him anything, he's so happy to listen to talk and help guide me and he always has been. So him being my ‘theatrical father’ felt very touching and personal and obviously acting with him is just a different experience.”

More: Jennifer Lawrence Wants To Wear The Same Dress As Amy Schumer To The Golden Globes

In the film Lawrence’s character has a less close bond with her father Rudi, but the two do seem to have an understanding with each other. “I would say the relationship she (Joy) has with Rudi her father is just kind of helpless. He is who he is he's not going to change.”

The story of Joy Mangano is one of overcoming the odds and Lawrence hopes audiences will leave the cinema feeling inspired. “I think its incredibly inspiring it’s the American Dream. She didn't have a leg up she had her legs cut off.”

“if you have a dream if you have an idea, if you're smart enough, if you work hard enough you can make it happen,” Lawrence added. "It would be easy to call it the story of the American Dream or a gangster movie with the heart of a woman, but it's so multi layered.”

“There's the story about getting to know yourself, there’s the story about family, imagination, faith in yourself, ruthlessness, what it takes to find success what it means when you find it. There’s just so many different elements in this movie. I just hope you can walk away with all of them.”

Watch the trailer for Joy below: