Jennifer Lawrence is such a huge fan of the 'Harry Potter' films and books she screamed at the franchise's main star Daniel Radcliffe when she first met him because she was over-excited. 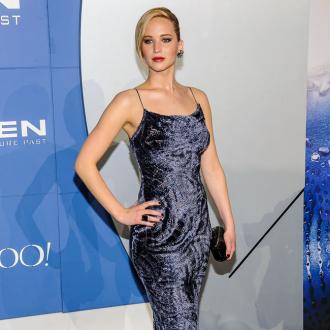 Jennifer Lawrence screamed at Daniel Radcliffe when she first met him because she was so excited.

'The Hunger Games' actress is a huge fan of the Harry Potter books and films and couldn't contain her excitement when she met the actor - who played the titular wizard.

Speaking about the things she was interested in when she was younger on NBC's 'Late Night With Seth Meyers', she said: ''I read 'Harry Potter' three times. *NSYNC, Backstreet Boys, but it all changes when you get older. You meet everyone and you're like, 'Oh, we're all adults now'. It's not the same as in the '90s.''

But when asked if it ''wasn't a big deal'' when she met Daniel when she was older, she admitted she got star-struck.

Meanwhile, the 23-year-old actress also admitted she uses interviews to get revenge on her two older brothers Ben and Blaine for being mean to her when she was younger.

She said: ''I don't really care, genuinely, because it's karma. I was the little sister, there was nothing I could do, they threw me downstairs, I thought I was gonna die, every day. Then I turned out to be famous and talked about it on talk shows. It's perfect karma for me, I don't feel bad about that.''