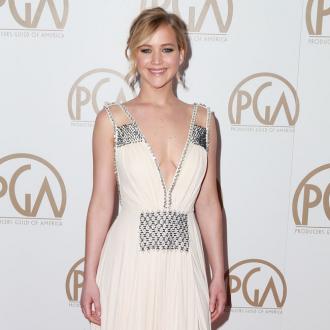 The 30-year-old royal was reportedly keen on ''snagging a date'' with 'The Hunger Games' star but was left disappointed when she politely declined his offer.

A source told Life & Style magazine: ''[Harry] made his aide invite her out to dinner and coupled it with an invite for her to see Kensington Palace.''

Meanwhile, things are going well between the 24-year-old actress and Coldplay frontman Chris Martin who were seen enjoying a romantic dinner earlier this month.

A source said: ''Jennifer arrived first and waited in her car for a bit, then went to the table and sat with her bodyguard until Chris arrived.

''They had a quick lunch: She ate a roast beef sandwich, and he had eggs Benedict.

''Their table faced the courtyard, and people ran outside to take pictures of them, but the bodyguard put a stop to that.''

Later that evening, the couple took a stroll hand in hand.

The insider added: ''They were talking softly to each other throughout the meal. As they left, she changed shoes and her sweater, and she was overheard telling him she wanted to take a walk through Strawberry Fields, and they left holding hands.''