Jennifer Lawrence: People will get 'sick' of me

Jennifer Lawrence thinks she can be ''annoying'' and worries her fans will get ''sick'' of her. 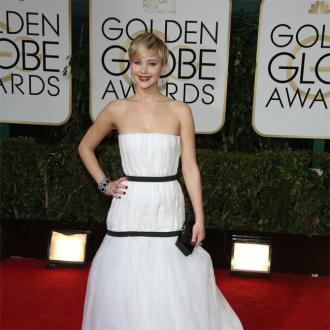 Jennifer Lawrence worries fans will ''get sick'' of her.

The 23-year-old actress has been a big screen success in recent years thanks to roles in the 'Hunger Games' and 'X-Men' franchises, but knows she won't stay popular forever.

She said: ''Nobody can stay beloved forever. People are going to get sick of me.''

However, the 'American Hustle' actress admits she most worries about her behaviour away from the camera because she thinks she is often ''annoying'' in public.

She said: ''I'm way too annoying because I get on red carpets and I'm really hyper, most likely because I've been drinking, and I can't not photo-bomb somebody if it's a good opportunity.''

Jennifer - who is dating Nicholas Hoult - is trying to curb her behaviour as she is tired of her antics always being turned into amusing internet clips.

She added in an interview with the new issue of America's Marie Claire magazine: ''It's something I always tell myself, 'You need to calm the f**k down. You don't want to constantly be a GIF.' ''

It was recently revealed that Jennifer admitted to vomiting in front of Miley Cyrus after she and her best friend, Laura Simpson, got ''wasted'' at Madonna's star-studded annual Oscars after-party in Los Angeles.

An audience member at the taping of a forthcoming episode of NBC's 'Late Night With Seth Meyers' said: ''Jen said she was so drunk, she puked on the stairs at Madonna's after-party, and Miley walked by and said something like, 'Get it together, girl!' ''

The 'Hunger Games: Catching Fire' star also got ''trashed'' at the pre-Globes Sony party held at the Beverly Hills Hotel in January.

She was also visibly shaking as she accepted an award at the Golden Globes the following night, and told reporters backstage: ''I need to catch up on my drinking. I think that's why I was so manic. I normally have time to have a glass of wine.''