Oscar-nominated actress Jennifer Lawrence thinks the General Public are too ''desensitised'' to heartbreak. 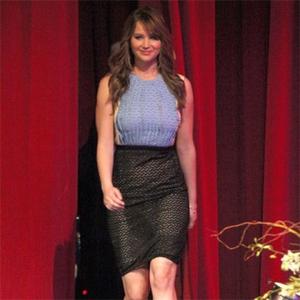 Jennifer Lawrence thinks the General Public are too "desensitised" to heartbreak

The Oscar-nominated actress plays the lead role of Katniss in 'The Hunger Games', about a future world where teenagers are made to fight to the death while on television, and she believes such things are comparable to the modern TV-viewing public - citing the break-up of Kim Kardashian's marriage to Kris Humphries as an Example.

She said: "We all can't wait to tune in to the new season of 'The Kardashians' to watch a marriage be destroyed.

"That's such a heartbreaking, terrible thing to happen to anybody and we tune in and watch it. We're become more and more desensitised to the things we see on TV. That's our entertainment: people suffering."

However, realism was difficult to achieve with the film as director Gary Ross had to commit to a PG-13 rating, not that it is something he regrets.

He told Empire magazine: "I don't think it has to be violent in order to be urgent.

"For the majority of the movie Katniss is being pursued and it's a violent universe she's in. But that doesn't mean the violence has to be depicted gruesomely or exploited in any way."